I couldn't tell you why this conversation started the way it did, but I recently sat down to a conversation with my mother about my grandfather - her father, who I've always called Zayde.

In our conversation, it came up that my memories of him - shortened as they were by his Pancreatic Cancer diagnosis - were just a small sliver of who he'd been in my mother's eyes. 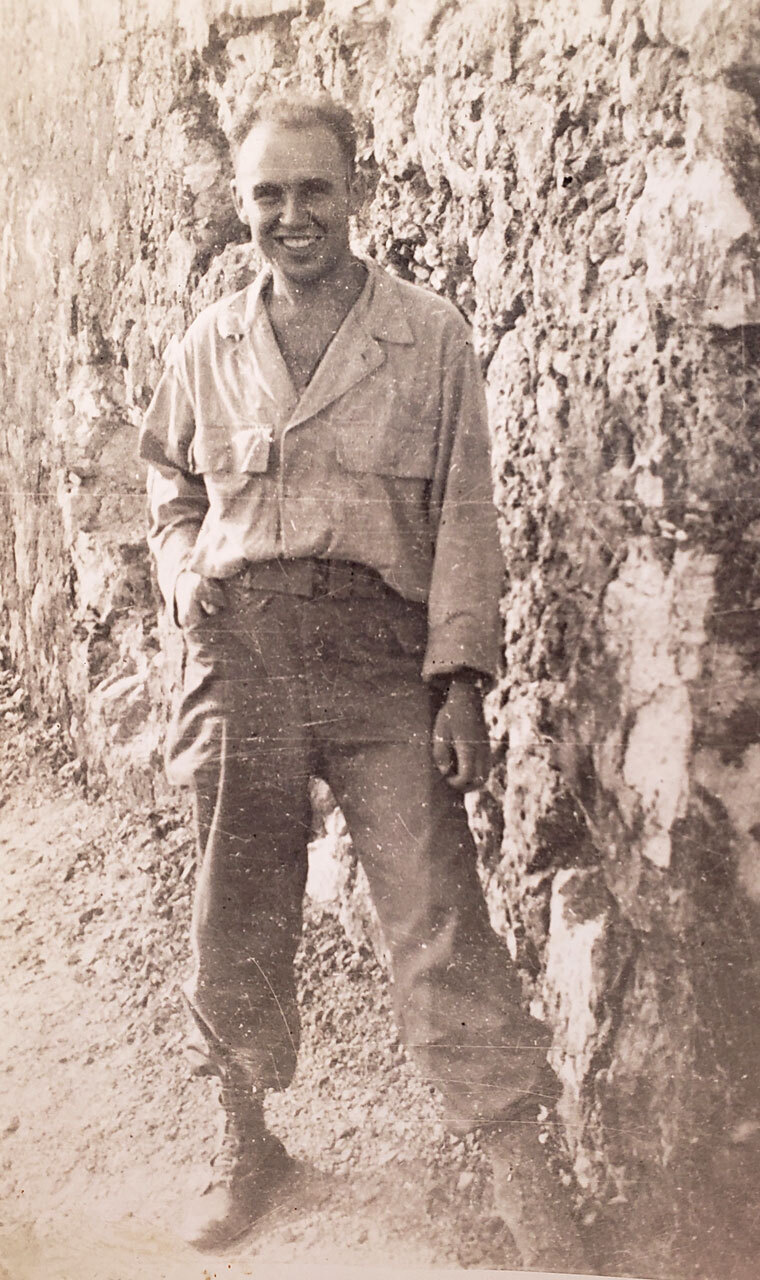 My grandfather was George Bedor, a Certified Public Accountant, a Sergeant in the 2nd Engineer's Special Brigade deployed to New Guinea during the last years of World War II, and an armchair historian.

But I knew him as Zayde - the Yiddish word for Grandfather. It became his name and the summation of all the things I knew about him growing up.

He died in 2005, when I was just nine years old. So the things I knew were limited by the conversations I knew to have with him.

We shared a love of history, of flight, of ginger-snap cookies, and of all things unusual. A love of Useless Knowledge - the sort that created this section of the blog.

My mother knew him as someone with an unending work ethic. A man who left the army after the war, took a job packing boxes throughout the day so he could pay his way through night school while studying to be a CPA.

At one point in our conversation, my mother said: "When I die, he'll be forgotten and die as well."

Of course, my grandfather wouldn't be forgotten by me or my brother. But my mother is an only child - the last person alive who lived a life with him.

It's often said that someone does not die until they are forgotten.

I can never hope to remember all the things my mother does, because I didn't live through them.

So, I could tell people the story of Zayde's time in WWII: unwrapping and sharing care packages of kosher salami with his army unit sent to his station in New Guinea from his mother on Park Place in Brownsville. I could tell of his fight against Pancreatic Cancer, working on his clients’ tax returns through the pain and chemo so as not to leave anyone in the lurch. Or, I could memorialize the weekend afternoons spent crossed-legged beneath his desk as a child, listening to talk radio programs on history (is it coincidental that my major at Princeton was Intellectual History?) and conspiring with him about creative ways to keep his cat, Tevye, from mindlessly (or perhaps in full complacent consciousness) swatting his client folders off the desk on a regular basis. But most of that would be second hand, and inaccuracies would creep into those stories until they weren't the true stories at all.

This is a post about Generational Memories, and the real question that sparked it was: "What if Humans remembered everything about their ancestors?"

I've thought about this a fair bit and it's my understanding that we'd be miserable.

To remember the loved ones we've lost is to remember their joys, fascinations, and fears; to be overjoyed or saddened again and again by our interactions with those things in our own lives.

So why do people die? Not the actual death of their bodies - but the death of their memories? Maybe it's because we can't handle remembering everything they went through.

What if we remembered all of the stories, attributes, and predispositions of every one of our ancestors? We could, of course, try recording voices, videos, stories—their images and words. But for how long could we hold onto and store things like olfactory cues: the way their house smelled or the cologne or perfume they wore? Visual cues: the way they sprinted across the lawn to catch the ball you threw and the way they shuffled breathlessly through the house when the cancer returned. How long until we remember so much about each person in our lineage that we have no room left to craft our own idiosyncracies, opinions or stories?

Would our senses ever allow us to achieve generational memory?

How long until the senses have no future?

Marketing In The Post-Printing Press Era