A lot of people don't know this about me, but my major is in History. Specifically an area Princeton calls "Intellectual and Cultural History" - which basically means I majored in English without having to study Shakespeare or Poetry.

When I was in college, I wrote essays on literary analyses of historically significant work. It always seemed that in one way or another, the author had drawn significant inspiration from the Bible. So I ended up with the informal catchphrase of "Everything is the Bible."

As I started to explore more of Marketing outside of its most traditional forms, that catchphrase changed. No longer was everything the Bible. Everything is marketing. And politics are no exception.

In Marketing In the Post-Printing Press Era, I talked about Samuel Adams' "man on the street" approach to colonial politics, as well as Ben Franklin and his "Join or Die" flag.

There are many more examples like these, but the point I'd like to bring forward here is that this is marketing. This is personal branding - the same way I'm using this blog to establish myself as someone who knows what they're talking about, Adams and Franklin used their positions and their personal brands to make themselves the obvious mouthpieces for their respective communities on the political stage.

This hasn't changed. We talk about political platforms and positioning a person or party so that their audience wants to learn more from them.

Political Identities are the subject of much discussion for strategists, historians, and journalists.

Author Yuval Levin, in his 2020 publication "A Time To Build", explains that institutions have become platforms. Specifically, he calls out Congress, the Presidency, and Journalistic institutions. To avoid getting overly political, let's look at Journalism:

Gone are the days of Walter Cronkite's "And that's the way it is." [1] Now, we exist in a world where news and newscasters are politically charged - stories are told to sway opinion rather than report reality.

And that's not a bad thing. Reporters tell their stories to the people who want to listen - and people listen to the reporters who say the words they want to hear. It's no secret that Fox News is the Republican bastion, while CNN caters largely to democrats.

I believe that “Good Marketing” is the act of putting the right message in front of the right person at the right time. It's the foundational principle behind Seth Godin's idea of 'Tribes,' or more broadly, the most fundamental element of audience development for marketing.

And it's just the same for reporters and politicians. By speaking to the most loyal baseline of their following, those people can build loyal audiences - which grants them influence and makes it easier to get buy-in for future projects.

So I'll end this post with the question - if we look at the world through a marketing-focused lens, what else relies on the principles of modern marketing?

[1]I say "gone" are those days, but that was really a brief window of time. In this week's column on the History of H2H Marketing, I'll be talking about Henry (Marse) Watterson, whose writing style and very specific lexicon shaped the post-civil war South.

What Else Could Go Wrong?

You've already removed the text from your image. Now it's time to turn to ad copy and something we call "Vanity Metrics" - two of the top three reasons ad campaigns fail.

2. My Copy Should Speak Directly to My Audience

Every piece of advice you get about writing copy and headlines is going to come back to speaking to your audience – and that isn’t a bad thing. Speaking directly to your audience’s concerns and fears, then explaining how your product or service overcomes those fears is the cornerstone of modern copywriting and advertising.

However, something you should keep in mind about advertising on Facebook is hidden inside their Ads Policy documents.

Facebook restricts any copy or images that make assumptions about the people viewing them – Instead of asking the question: “Are you X?” Facebook would much rather you make the statement: “For people who X.”

It’s a thin tightrope to walk, but the ads policy page does a pretty good job of making the lines clear.

In the last few months, you may have started to see a new trio of columns showing up inside of the Facebook Ads Manager, which the platform is calling “Ad Relevance Diagnostics.”

This may seem like a change out of the blue, but it’s grounded in a much older metric called the “Relevance Score,” and these three new Quality Rankings are just providing advertisers with greater transparency into the way the algorithm works.

I just threw a lot of words at you, so let’s break down how these mechanisms affect you:

When you publish an ad, it becomes visible to anyone within the selected target audiences, some of whom will engage, and some of whom may not want to see the content of your ad. Facebook picks up on both of these groups through signals including:

Following this logic, it’s pretty easy to see how Facebook is evaluating these signals and combining them into the overall metric of Relevance Score.

So why does this fall under the heading of a half-truth?

Facebook looks at the type of language being used in your ad, on your landing page, and on the comments that have been left. If most comments are single words, low effort responses that just say “yes!” or something similar, or if they contain certain keywords that Facebook considers negative, then the platform will reflect this as a highly detrimental factor when calculating your Relevance Score.

Relevance Score operates on a scale of 1-10, where 10 is the absolute most relevant content you can deliver and 1 is the kind of content people scroll past or actively report to Facebook.

Relevance Scores themselves don’t mean much, but they reflect general sentiment about your content, and are a great way to get an at-a-glance understanding of the health of your ads.

It’s also important to note that Relevance Score is a living thing – As your ads run, their scores can increase or decrease depending on the way those signals we talked about earlier change.

A fluctuation of even two points can result in changes of 100-200% in your ad costs, and sudden changes of four or more points typically indicate that something has gone horribly wrong and it’s time to rethink your ad strategy.

Digital Marketing is a strange and ever-changing field. Industry best-practices one day can get your account flagged and restricted the next.

With that in mind, here are three half-truths you’ve probably heard about advertising on Facebook.

I say half-truths because there’s a kernel of correct advice to each one of these statements. For today, let’s break down #1.

The image is the most visible part of your ad, and it is the best chance you have at stopping someone from scrolling past your ad. However, it is also dangerous to put too much stock in your image to convey everything you need your consumer to understand. 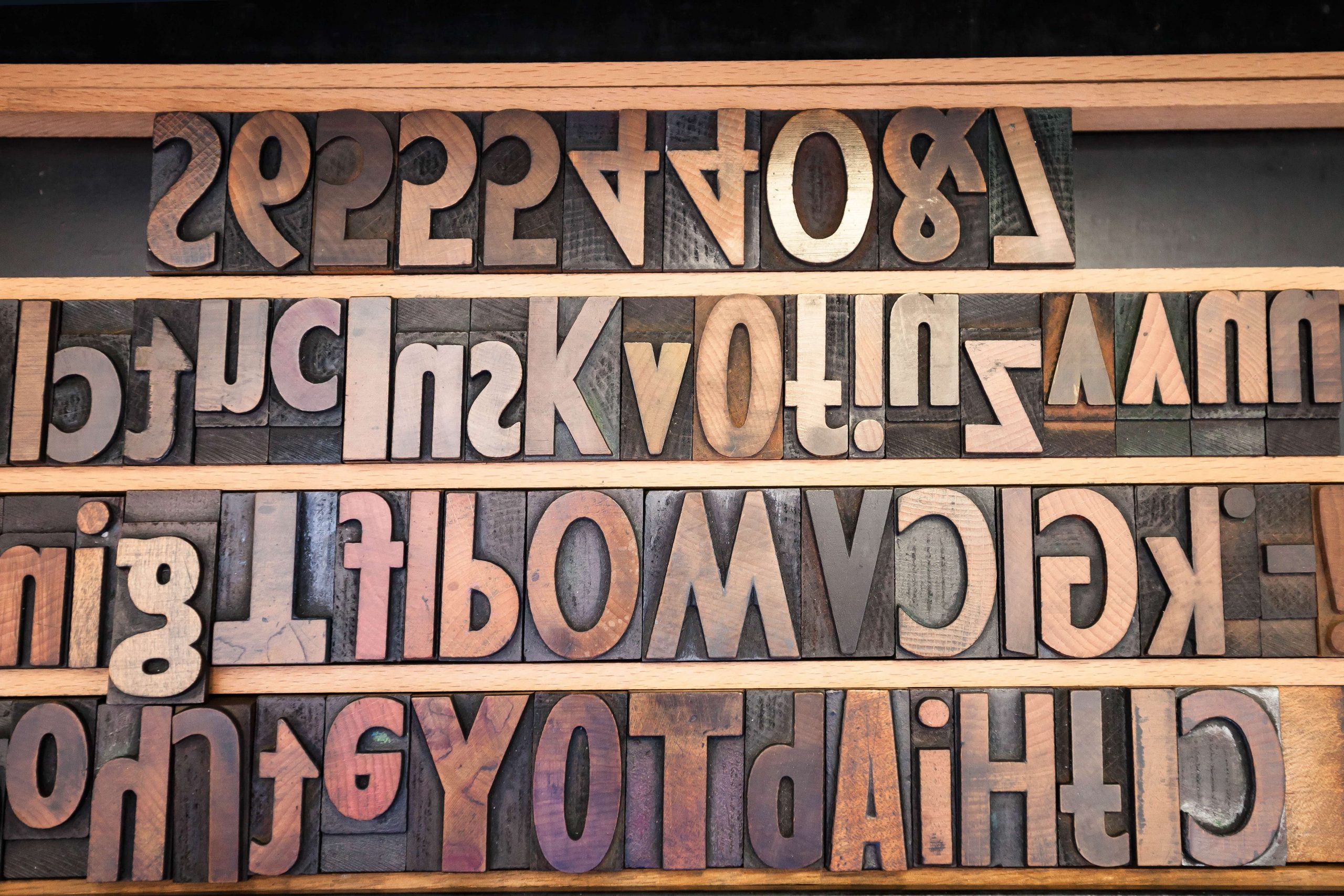 Facebook recognized that they would be granting images additional space in their newsfeed, and put a few restrictions in place – the most notable of which is the 20% text rule.

Put simply, Facebook limits delivery of ads where more than 20% of the available image space is occupied by text.

The more text you include past that 20% mark, the lower the delivery of your ads.

Personally, I’ve seen ads cut to 30% of the total delivery they would have had, just because Facebook recognized almost 40% of the image as text.

If you want to check your images to make sure they abide by this 20% rule, Facebook provides this handy tool:

So how do we get around this?

B] Clear Calls to Action

Back in 2013, Curata Inc. published a content curation study that reported a 47% increase in click-through rate (CTR) for articles with images over articles without.

Since then, entire ad firms and design agencies have built their careers around the core competency of eye-tracking studies and identifying what design elements will stop the scroll of a potential customer and convince them to click through.

The Nielsen Report, Venngage, and Fotor have all written extensively on the subject, and I’d advise you to check out those articles if you want further clarity on image design – but here’s the 80/20.

On your landing page, once someone has clicked, they’re going to be looking for the next step. Keeping your CTA consistent is the best way to make sure someone follows through.

Here’s an example from a recent campaign: The landing page’s CTA was: “Register Now,” but the image read: “Join Today.”

Changing the image to read “Register Now” instead of “Join Today” produced a 20% lift in lead conversion rate.

Finally, TEST – I can’t stress this one enough. Nearly everything I’ve written in this article so far could just as easily apply to your business as not. Your audience may be in the extremely small minority of people who respond better to pictures of forests with no text better than they respond to pictures of your brand with clearly denoted CTAs.